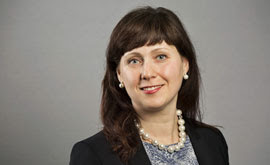 This year has been a year of changes on many levels globally, and for companies these have formed both opportunities and threats, and most of all a need to learn how these changes affect the market attractiveness to make informed decisions.  However, as HE Heather Grant the Ambassador of Canada to Sweden in her opening speech expressed the Comprehensive Economic and Trade Agreement between Canada and the European Union (CETA) is a very progressive free trade agreement that by eliminating tariffs and reducing barriers is a mutual good for both Canada and Sweden. This sentiment was shared by Agneta Karlsson, State Secretary, Ministry of Health and Social Affairs that reminded us that both nation share an interest in an open trade-friendly world order and strive for progress in the healthcare area for all citizens. 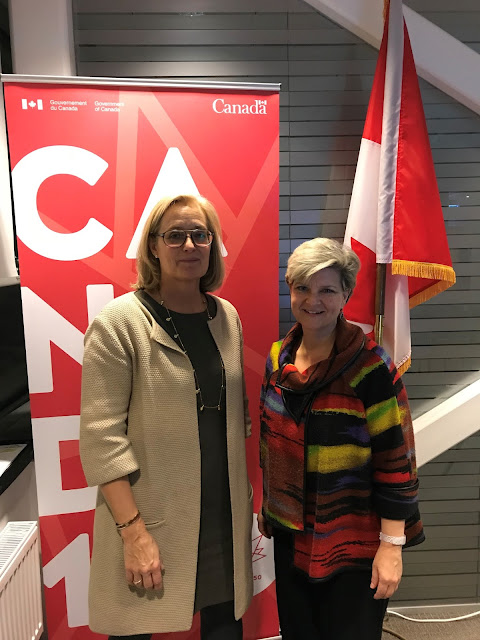 The seminars started with on overview of the Canadian Healthcare sector by Ebba Hult from Business Sweden where she showed the solid growth of imports of Medical Devices and Pharmaceuticals to Canada, so while the Canadian market is still a relatively small importer of Swedish solutions with heavy reliance on USA and Germany, this sector is a growing market for Swedish companies to export to. So regardless of the free trade agreement the macroeconomic factors are in favor. 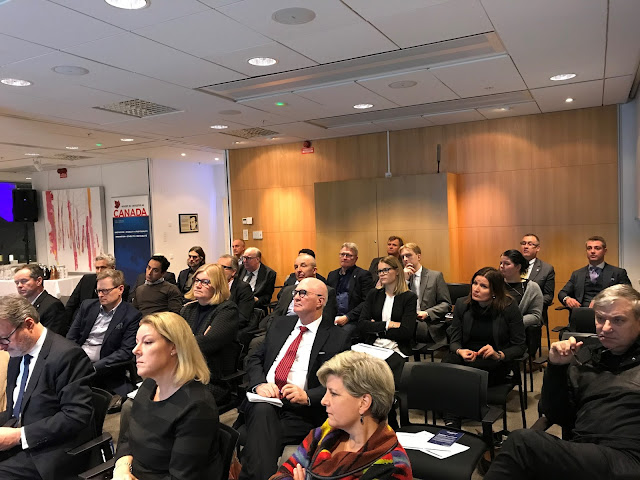 Didier Culat and Tuba Yamac from BCF business law then explained how companies should prepare for entering the Canadian market and how CETA effects life science companies, with Tuba focusing mainly on the changes in Intellectual Property procedures and changes, and how differences and harmonization effects companies in USA, Canada, UK and EU. So while the central aspects had to do with elimination of custom tariffs and controlling the origins of the products, there were lots of lessons learnt on things to consider upon a North American entry regarding labour mobility, sub-national procurement opportunities and how to strategically select your company location depending on which markets you are targeting.  With Quebec and Ontario having the largest life science clusters and getting the bulk of investments it was pleasing to hear from the Swedish Ministry of Health and Social Affairs that Annika Strandhäll will head to Toronto in May 2018. 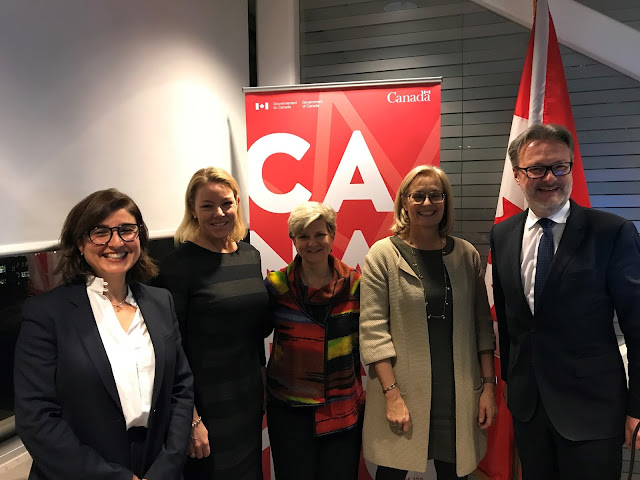 Swecare Foundation and the Columbia Alumni Association of Sweden had the extraordinary privilege of organizing an intimate event with Columbia University professor and this year's Nobel Prize in Chemistry winner - Dr. Joachim Frank.

As per his wishes, we organized a traditional Swedish fika Saturday afternoon and extended the invitation to colleagues sitting with us in our Life Science Cluster on Sveavägen, along with Columbia University alumni. Given this extremely personal setting and the cozy ambiance created by City Life Konferens & Möte, we were in a position to have in-depth discussions about his work in cryo-electron microscopy - its journey from the 70s and its implications in medicine. Dr. Frank also wanted to hear about our work here in Sweden.

Dr. Frank's passion for his subject was clear when he described how the technology he developed enables us to capture the 'dance' which takes place within molecules. Instead of seeing molecules in their passive, 2D state, we can now map them at the atomic level which, along with other benefits, allows scientist to develop targeted pharmaceutical products to more effectively fight disease. Dr. Frank spoke of how moved he was when a mother once thanked him for his contribution in developing improved treatment for cystic fibrosis which benefitted her son immensely. To him, his research often feels far removed from the actual people it touches. Alzheimer's is another such condition in which cryo-electron microscopy could provide breakthrough treatment.

Another aspect Dr. Frank stressed was the importance of collaboration. Certain camera functions were developed by industry leaders for their specific use. Similarly, new computer technology has lead to discoveries the three Nobel Prize winners could never have imagined back in the 1970s. With all the doom-and-gloom in the news these days, this was a truly inspiring event which left us all with a feeling that everything is possible.

Thank you Dr. Frank for this incredible honor. 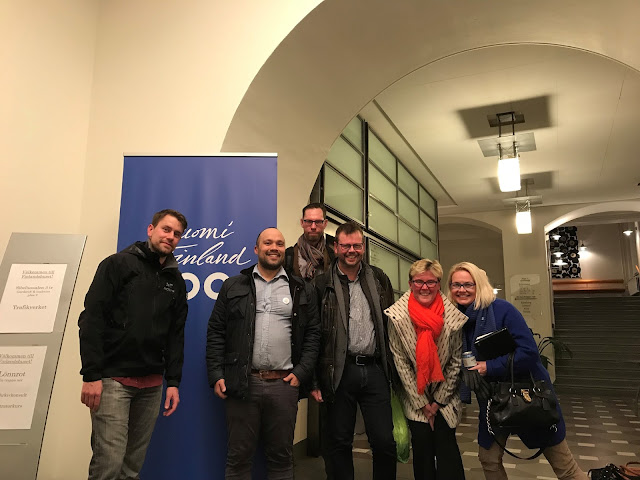 It was a happy crowd that gathered at the German Embassy in Stockholm, as the forth meeting this year to move further in the spirit of the innovation partnership that exists.


The experts, trade organizations and government representatives were welcomed by Dr. Hans-Jürgen Heimsoeth, German Ambassador to Sweden, after which Andreas Hartl, Federal Ministry for Economic Affairs and Energy, and Nino Mangiapane, Federal Ministry of Health presented how eHealth is important for the continuation of growth of the German economy. The German healthcare sector is the single most backwards industry when it comes to digitalization which is of course a setback for an otherwise world leading manufacturer and provider of healthcare products and services. There are many challenges such as regulations, decentralization, integrity concerns from the citizens but also the lack of perception of the urgency to adapt and digitalize. Which was heavily debated by the participants. 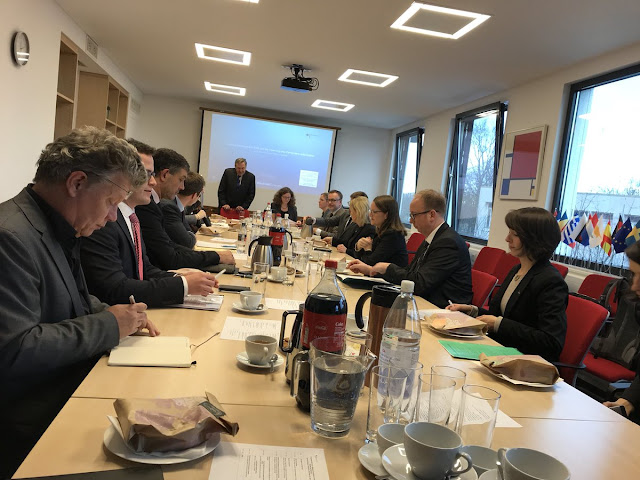 After which MiH reps from both countries, Henrik Moberg and Niklas Kramer presented current plans for digitalization in healthcare. Followed up by a knowledgeable and empathic presentation on political backing of these initiatives by Anders Lönnberg, National Coordinator for the life sciences leading to heavy table-knocking from all participants.
To move from the regulations, integrity and policy heavy topic to a lighter subject, Julia Hagen from Bitkom presented the challenges for startups in Germany and here both parties could argue that there is a risk of brain drain if policy-makers and the public healthcare providers are too slow to act on these challenges. That entrepreneurs are increasingly looking for offshores markets to sell and even relocate to. While investments were lifted as a challenge the major challenge is rather revenue and unclarity on the regulatory requirements such as CE-marking and GDPR. 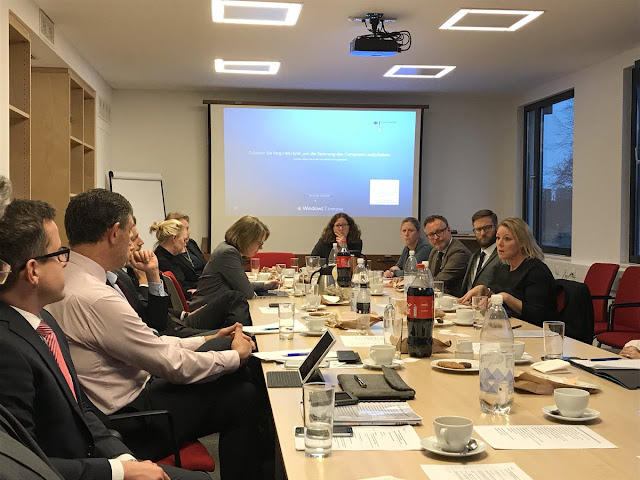 This lead to the area of data usage, which lead to a warm and intense debate, where both the role of standards, updated regulations, and creation of roadmaps and guidelines was lifted. Here the German Electronic Health Card was discussed as well as the Swedish unlaunched initiatives such as HälsaförMig™, and the underlying software, where the usage of bitcoin could be a solution. All parties agreed that a huge problem in the legislature is that technology advances faster and it is hard to judge past solutions with todays or tomorrows technical capacity. Further the need of making legislative bodies and governments more Tech-savvy to understand that the technology is seldom black-or-white but very adaptive to different sorts of needs such as those regarding dynamic consent, opt-in and opt-out and other things that is fully technically possible. Estonia was lifted as an example of a forwards’ nation in how to understand the potential and dynamics of the technology in a realistic and pragmatic way for government needs. Finally, parties agreed that while Sweden and Germany has a lot to learn from each other, we should also include best practice learnings from the outside in particular in the set-up of consensus creation such as the Seqouia project for sharing health data.
The concrete next steps wanted are a formalized innovation platform to continue these discussions to reduce barriers of entry to the markets, and retain and grow our homegrown eHealth companies, AND on a more concrete tone the trade delegation 7-8 February to Berlin that SWECARE and the German-Swedish Chamber of Commerce organize. 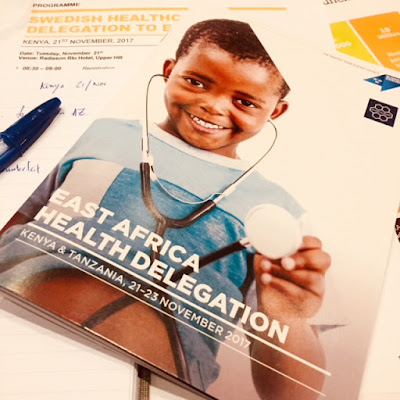 Samarbete - Collaboration. A concept which sounds deceptively simple. The objective of this delegation trip was to take a limited number of Swedish companies (and in this case one institution) to Kenya and Tanzania in order to meet potential local collaborators with whom they can forge longlasting partnerships in order to expand, and/or establish, their presence in East Africa.

The delegation trip itself would not have come about without the close collaboration between Swecare Foundation and Business Sweden. After the phenomenal initial interest which surprised even us, it seemed that the trip might not even take place. We were obliged to wait for the political situation in Kenya to stabilize before we could confirm the program and bookings with our delegates. By this time, the uncertainty had caused a few of the interested actors to back out. Although we had always wanted a small delegation, one or two companies would not be enough to capture the interest of local partners, nor would it have been financially viable. It had to be lagom. But as is often the case, things have a way of working out at the last minute and we ended up with 15 people from seven Swedish companies participating. And the 19-23 November trip was quite the success.

The trip started with a short but extremely productive cocktail at the Swedish Residence in Nairobi on Monday, presided over by the Swedish Ambassador to Kenya, Anna Jardfelt, and the United Nations' Resident Coordinator, Siddarth Chatterjee. Networking had already started and meetings were arranged even before the program had properly begun.

Representatives from the Kenyan Ministry of Health, the country manager of PharmAccess, and our own Hans Winberg from Leading Health Care spoke to a targeted Kenyan audience and the delegation during the morning seminar on Tuesday. The Swedish companies also got a chance to present themselves in order to clarify their vision and the types of partnerships they seek. The theme, loosely defined, was increasing efficiency through regional partnership and collaboration, with a focus on the most immediate healthcare challenges in East Africa.

As inspiring as talks were, what our delegation appreciated the most were the B2B meetings arranged in the afternoon. Keeping the group small meant that instead of the quick 10 minute chats one usually has during these sessions, our participants could spend up to 30 minutes on each meeting if it was going well. The value of such meetings cannot be overestimated. The key to successful collaborations often hinges on the unlikeliest of factors - do you actually get along? Do you enjoy the time you spend together? We all know that in our personal lives respect and affinity are the basis of all good partnerships, but we often dismiss this while making professional choices. Don't. Spend the time necessary to get to know each other. We hope and suspect that many left the day's events not only with business cards, but with potential friends.

Our day in Dar es Salaam took the shape of a Road Show which started with a meeting with representatives from the Tanzanian Ministry of Health at the Swedish Embassy. This was a good lead for a number of companies in the delegation who felt that success in Tanzania would very much depend on the goodwill of the government as they crack down on corruption. This meeting was followed by site visits to Medical Stores Department, Muhimbili National Hospital, and Ocean Road Cancer Institute and ended with a reception hosted by the Ambassador of Sweden to Tanzania, Katarina Rangnitt, at her Residence.

Much of the reason for the success of this delegation trip rests with the participants - a dedicated set of highly intelligent, passionate, and fun individuals. Thank you for coming!
Interested in learning more about our leads in East Africa? Email us and plan to join us in Rwanda and Uganda for Part II of this delegation, 19-22 March, 2018.