The Largest Audience Ever - when Swedish Companies tour USA 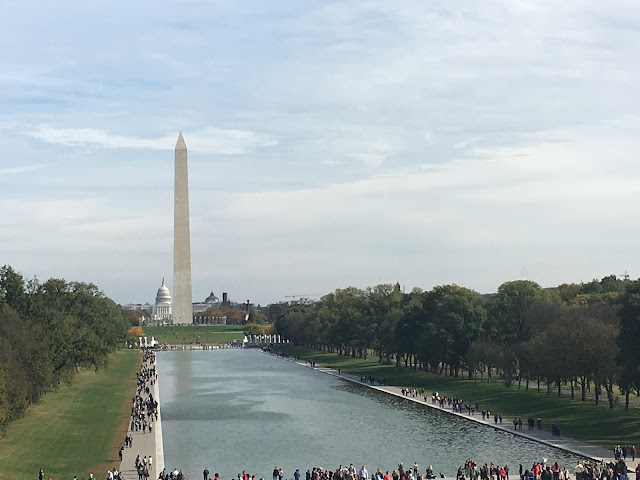 Five companies from Sweden attended a business mission to USA in October-November 2017 to meet with healthcare insurance companies, legal and market entry experts, science parks and incubators and a lobbyist or two. The business visit was organized in cooperation with Swedish Medtech, Embassy of Sweden in Washington DC, The Swedish-American Chamber of Commerce (SACC-USA and SACC –DC), with support from AHP International and The Commonwealth of Pennsylvania. The business visit was performed under the framework of CB Health Access, a joint program between Sweden, Finland, Estonia and Latvia, which supports health technology companies entering distant markets.

During the business mission to USA, the companies visited several sites in the Greater Philadelphia to Greater DC corridor.  The business mission started in Philadelphia where the companies met healthcare insurance companies, legal and market entry experts, science parks and incubators. The first day of meetings were held at the Morgan Lewis office, where meetings with Independence Blue Cross, and Ben Frankling Technology Partners, and the president for Sectra Inc. Which was concluded with socializing with the amazing local investors and Ulf Åkerblom the Swedish honorary consul to US. 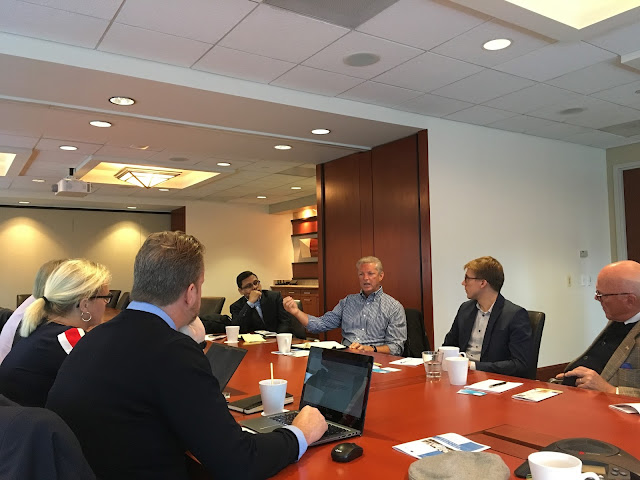 The following day the companies visited Dreamit Ventures and other inhabitants at the Science Center, after which a meeting was held at the Chamber of Commerce for Greater Philadelphia with representatives of the regional eco-system such as City of Philadelphia, Select Greater Philadelphia and the Commonwealth of Pennsylvania. The latter has a collaboration with AHP International on Foreign Direct Investment (FDI) and thus had helped out with the Philadelphia program, thus the companies met AHP before traveling to Washington DC for a meeting on regulations with Advamed, located with a view of The Capitolium, what the companies managed to get a guided tour before closure. 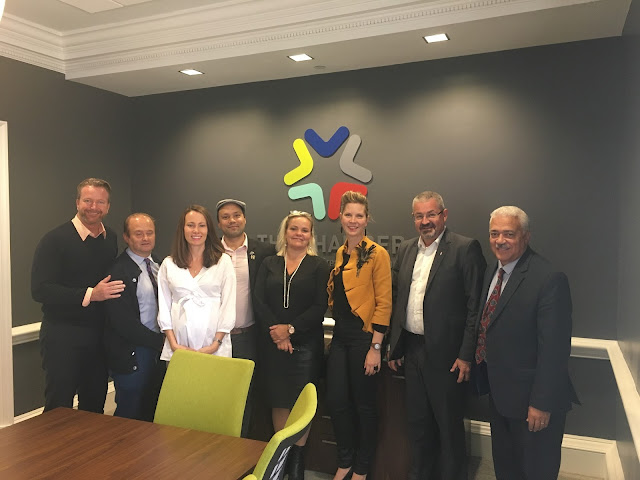 The following day, the companies had a full day program at The House of Sweden, with experts on thrilling topics such as Macroeconomics & Political Outlook, Healthcare Laws & Regulations, e-Health interoperability initiatives, US.market entry from an academic and Swedish company experience outlook and finally what the essence of lobbying is. The program was done in cooperation with the Swedish-American Chamber of Commerce that was helpful in arranging meetings, speakers and logistics. In the evening the companies and speaker had a rendezvous at welcome reception hosted at the Swedish ambassador’s residence. 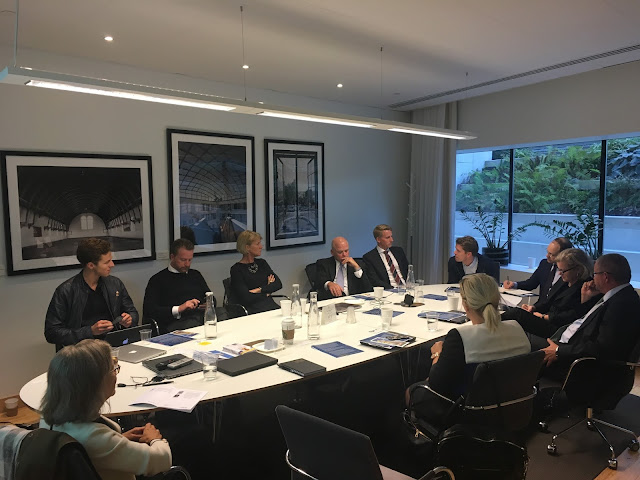 The final day, the companies had tours to Medtronic,where the companies learned about how the global leader in medical devices is reinventing its role in the healthcare chain, setting up it´s own clinics in Europe. After which the tour continued to the Inova Center for Personalized Health in Virginia, where the companies got to learn how ICPH uses the latest science and technology to focus on the integration of genomics into personalized medicine and individualized wellness, as well as having individual meetings with experts. So after dropping half of the people at the airport the brave few continued to Maryland for a meeting with Get Real Health, created the personal health account commissioned by the Swedish eHealth Agency, called Hälsa för Mig. 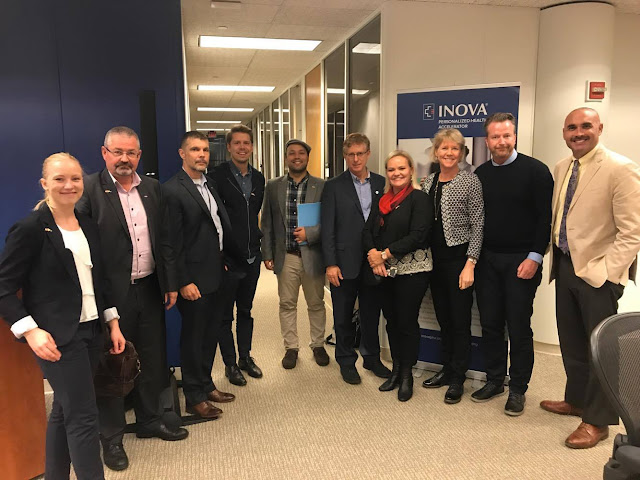 CB Health Access program was initiated in 2016 between Estonian, Finnish, Latvian and Swedish technology organizations to support entrepreneurship in health technologies. The program facilitates the entry of Estonian, Latvian, Swedish and Finnish health tech companies to distant markets – South Korea, USA, India and Uganda. CB Health Access provides the companies with an introduction of the target market, individual coaching both from the home country and from target market experts, market information, business missions, and identifying and contacting potential partners, and business missions. The program has a strong focus for the companies to achieve sales in the chosen market. The program is financed by Central Baltic Interreg Program.