How to Make the Strategic Innovation Partnerships Work for You

Sweden has signed innovationspartnerskap with three countries - Germany, France, and India - since 2017. As described on their website, the purpose of the partnership is

"to work together and, through innovation, address the challenges of the transition to[wards] a more sustainable welfare society, create new jobs and maintain social cohesion [sic]."

While the dialogue between governments has been ongoing and some research collaborations among institutions have taken place, there has been little engagement with the third pillar in triple helix: the private sector. Aside from a few projects within clean energy financed by the state, few incentives have been created to encourage companies to leverage the partnership. This, however, does not mean that there are no exciting exchanges taking place.

Below are highlights from visits made by all three countries in the month of June.

Minister Barbara Klepsch, State Minister of Social Affairs and Consumer Protection of the Free State of Saxony, led a 30-person strong delegation under the theme: Digitization in Health Care.


“This trip is [...] particularly important to me, and I very much value thisopportunity of being able to strengthen the relations between Saxony and Sweden and to engender new collaborations."

The delegation - organised by Tysk-Svenska Handelskammaren and consisting of state, agency, insurance, and company representatives -  visited a number of Swedish companies along with Socialdepartementet, eHälsomyndigheten, the Royal Palace, and universities in Stockholm and Luleå. Swecare had the privilege of welcoming the delegation on its first day and presenting an overview of the Swedish health care system - our strengths, challenges, and vision.

One delegate felt both slightly disappointed and genuinely inspired that Sweden was not as digitised as he had feared, making collaborations on equal terms more likely.

Little did we know that when we invited CEO Pascal Roché of Ramsay Générale de Santé, current owners of Capio, for a half-day seminar in Stockholm, it would lead to one of the most interactive events of the year, with both presenters and audience engaging with complete frankness and good humour. Swecare and Business Sweden France hosted the event as a continuation of the conversation from the  conference in Paris on "Innovation in health: A French-Swedish dialogue” with more activities planned for the Fall. 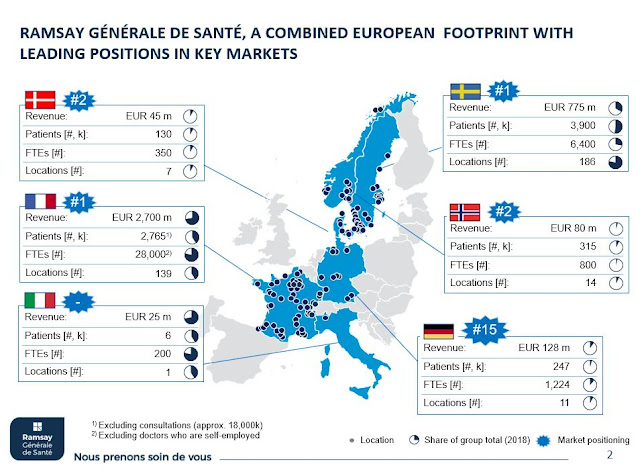 Macron mentioned health care twice during his five-minutes at the joint press conference held with Löfven early June. This is clearly a prioritised sector for France.

On the occasion of the India-Sweden Year of Health, the Swedish Ministry of Health and Social Affairs welcomed a high-level delegation from the All India Institute of Medical Sciences (AIIMS) Jodhpur led by its Director, Professor Sanjeev Misra. As part of this visit, Swecare organised an intimate round table for its members. 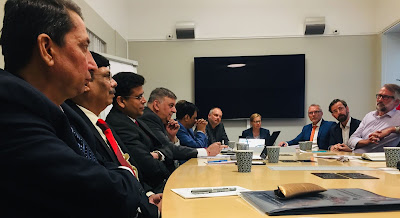 The aim of our close collaboration with AIIMS Jodhpur is to lay the foundation for scaling Swedish solutions and products to other AIIMS, with the exception of New Delhi, across India: 8 already functioning, 9 in the process of being built, 4 more planned. This also gives us the opportunity to operationalise the Innovation Partnership.

The 5-person delegation met with government agencies and institutions in Stockholm and Uppsala. They also had the opportunity to test VR tools and visit Swedish companies already engaged in projects in Jodhpur.

We are already planning the next activities in all three countries so please email us at Swecare if you want to be involved!
Upplagd av Swecare Foundation kl. 15:33