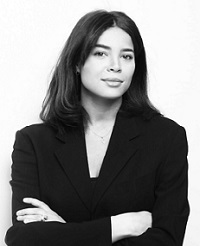 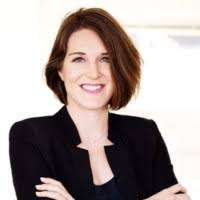 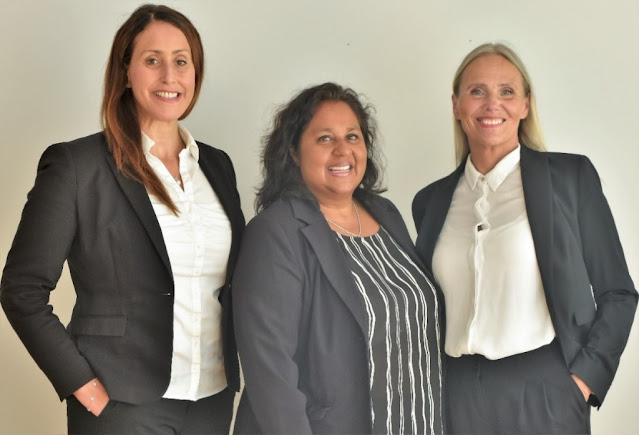 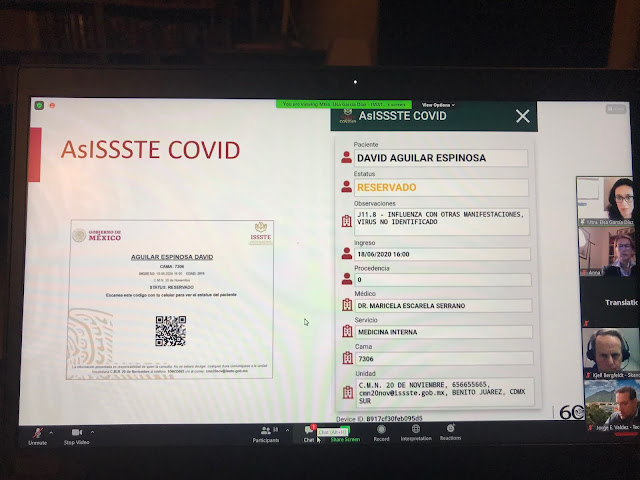 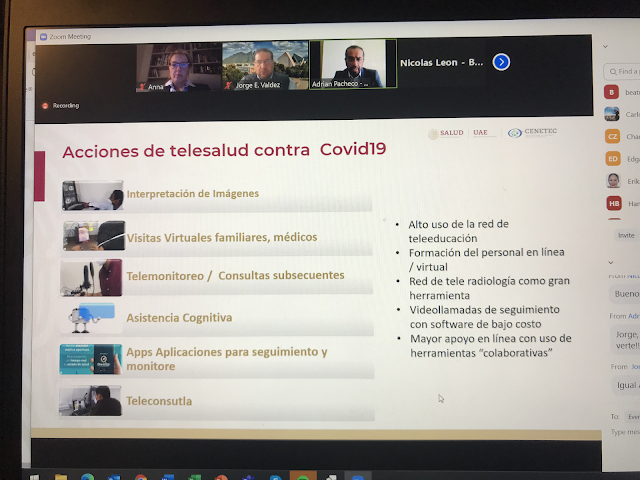 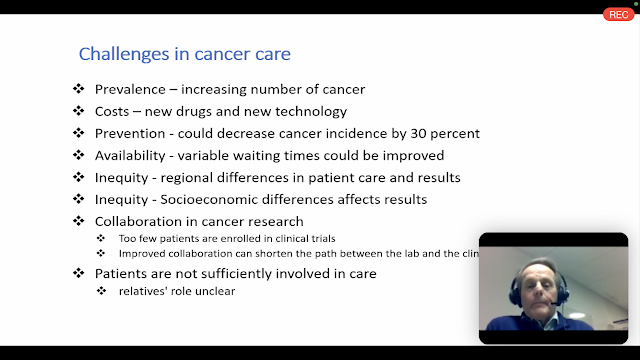 Swecare, together with the Ministry of Health and Social Affairs of Sweden, The German-Swedish Chamber of Commerce (GSCC), the Swedish Embassy in Berlin and the German Embassy in Stockholm, organised a digital delegation trip to Germany, as part of the German-Swedish Partnership for Innovation. This first virtual trip focused on turning current healthcare challenges into opportunities and provided various opportunities for interactive engagement within the group of participants and with the German counterparts. 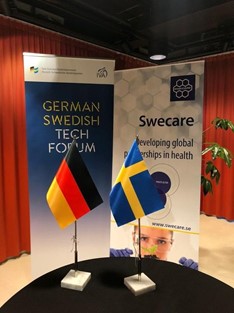 During these days, more than 15 participants from 12 Swecare member and non-member companies and organisations took part in various interactive webinars. These included” Explore” webinars about conditions, trends and business opportunities on the German e-Health market,”Exchange” high-level and breakout discussions, as well as ”Export” informative study visits. The program was developed as a funnel, starting off with a broad overview of the subject and subsequently going deeper into current issues, challenges and needs. Despite the digital format for organising such a trip being new to Swecare, the overall outcome was assessed as being positive. Some participants even argued that this format established a closer atmosphere than conventional delegation trips. One Swecare member added that it was ”one of the best delegation trips that I have been part of during my career considering the current COVID-19 conditions”.

Some key findings include:

In sum and in the words of the Swedish Ambassador in Berlin, Per Thöresson, referring to a statement made by State Secretary Maja Fjaestad: “Only if we can have an open discussion, can we also collaborate on solutions”. The “trip” provided for such open discussions and Swecare looks forward to a close dialogue with German counterparts in the upcoming months.

The year 2020 has been different from other years. For Swecare, this has meant to rethink how and what activities to provide for its members. After various consultations with the members, it was decided to organise a digital trip to Germany within the German-Swedish Partnership for Innovation.

On 24 November, it was finally time for the kick-off event for the digital delegation trip and the internal introduction of all participants, including the presence of State Secretary Maja Fjaestad. 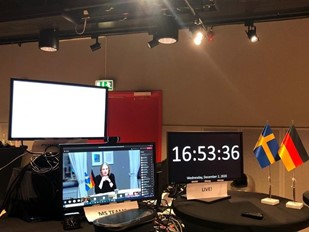 One week later, on 1 December, the delegation “arrived” in Germany with two informative ”Explore” webinars. The first webinar focused on Conditions and Trends on the German e-Health Market and the second session on Business Opportunities on the German e-Health Market. Speakers came from a wide range of institutions, such as the Gematik, the Techniker Krankenkasse, the Health Innovation Hub, Germany Trade & Invest, the Digital Health Hub in Nuernberg/Erlangen. An incubator, Werk1, and two best practices with insights into conditions, challenges and potentials also shared their experiences and thoughts with the participants.

After this first day, which set the ground and provided interesting and detailed discussions about the German e-Health landscape, the second day focused more on healthcare challenges and lessons learned from the COVID-19 pandemic. The day started with welcoming words by the Swedish Ambassador in Berlin and the German Ambassador in Stockholm and was followed by two keynote speakers. Kalle Conneryd Lundgren, Chief Operating Officer/Chief Innovation Officer at Karolinska University Hospital and Dr. Gocke, Chief Digital Officer at the Charité – Universitätsmedizin in Berlin  shared their insights from the ongoing pandemic, focusing on challenges and lessons learned. Having both presentations directly after each other allowed for comparison and reflections on differences and similarities between both countries. According to Kalle Conneryd Lundgren, one development that is likely to last is decision-making support. However, the next years will show what products and services will remain a niche and which ones will be possible to scale. 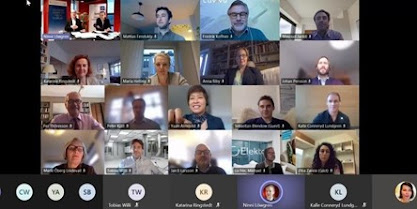 After setting the tone by these keynote speakers, both holding leading positions in their respective fields, participants were divided into pre-defined breakout sessions. The topics of these were: Digital Care, Decision and Monitoring Systems and Triage, Smart and Safe Hospitals. Each breakout-session included one Swedish expert on the subject, 3-4 participants and 3-4 German experts. In lack of in-person, informal exchanges, these sessions allowed for more in-depth discussions on the different topics. During one hour, participants had the chance to learn from each other and start a dialogue with the German counterparts based on their specific needs. Initial feedback received after these breakout sessions has merely been positive and the appetite to continue the discussions is reportedly there.

Thank you very much for the interesting discussions, especially about "Smart & Safe Hospitals"! It was a pleasure to be part of your virtual trip.

The last part of this day focused on reporting back from the breakout sessions to the plenary group with comments and concluding remarks from Maja Fjaestad, the State Secretary to Minister of Health and Social Affairs. One of the main conclusions from the breakout sessions were that the mindset remains the challenge in digitalisation. Participants identified a few needs, such as a stronger focus on change management, further guidelines to implement solutions quicker, the importance of soft factors and the possible setup of a ”Bundescloud” (here, the IT foundation of the German government). Participants also reported that the following needs remain: to better understand regulations around digital care, implement better change management processes and how to share ”smartness”. In her closing remarks, Maja Fjaestad highlighted the need to bring ideas and competences together but, equally important, to share worst practices. 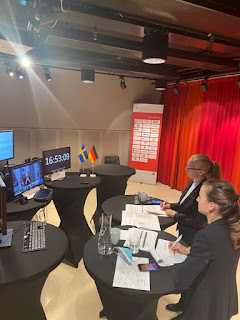 The last day of the digital delegation trip included two “study visits”. The first one was at the Centre for Cardiovascular Telemedicine where Prof. Dr. med Friedrich Köhler provided the participants with a lively introduction to the Centre and spoke about how it became the first centre in Germany to integrate telemedicine with Artificial Intelligence. Despite the digital format, participation was almost as being at the Charité itself. Similar to the earlier conclusions by Kalle Conneryd Lundgren and from the breakout sessions, Prof. Dr. Köhler also identified that the current challenge is not technical but rather the mindset. He also stressed that the current environment in Germany sets good and solid condition for start-up companies working on digital health applications. He added that ”now we need robust and trustworthy providers. This is an opportunity!

Thereafter, the participants ”travelled” to the Fraunhofer Heinrich-Hertz Institut (HHI) and its CINIQ Center/Forum Digital Technologues. The HHI provided an overview of recent research at the Institute whereupon The Forum Digital Technologies showroom was presented which includes various developments in Germany in the field of digital technologies. The experts from the HHI mentioned that cost and complexities now force radical rethinking of solutions and that ”the potential of digitalisation for patients are not well exploited yet”.

Thank you again for this well organised and fruitfull delegation trip to Germany!

The initial feedback mentioned by participants during the wrap-up session was positive, highlighting in particular the breakout sessions and the study visit at the Centre for Cardiovascular Telemedicine with Prof. Dr. med Friedrich Köhler. While Swecare is currently conducting more detailed evaluations, participants mentioned possible points of improvement being more practical examples.  The participants obtained the possibility for individual follow-up meetings with Swecare and the GSCC to identify their needs on the German e-Health markets.

We are happy that this first digital delegation was such a success, with some parts even working better than in real life. Swecare is now looking forward to further developing and contributing to new digital solutions, not only for healthcare but also for export promotion more generally. 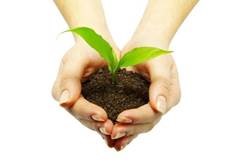 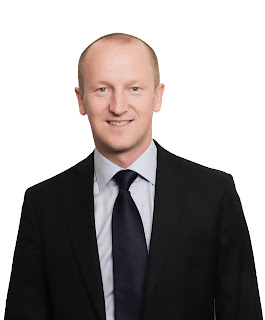 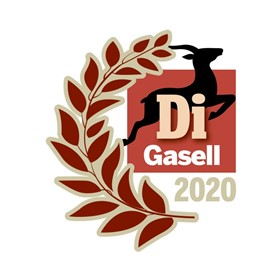